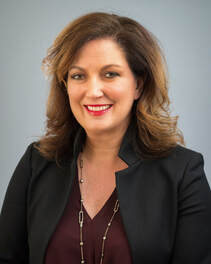 Board Member
Amber Jo is the Executive Director of The Center for the Arts in Grass Valley, CA. She returned home in Fall of 2016 after working in development at large not-for-profit arts organizations for the past 17 years. Her last position was at American Conservatory Theater where she successfully led a $33 million capital campaign for ACT’s second stage, The Strand Theater, which opened in the San Francisco mid-market district in May 2015. Prior to ACT, Amber was involved with capital campaign fundraising and development efforts at both Cal Academy of Sciences and Berkeley Repertory Theater. Amber also worked at The Roundabout Theater in New York where she worked on the seat campaign for Studio 54 and the historic reopening of the Henry Miller’s Theatre, the first LEED-certified Broadway theatre, which later was renamed the Stephen Sondheim. Amber’s interest in the arts began on the stages of Nevada County where she was an active dancer, actress and director. She received a B.A. in Drama from UC Irvine and later earned a M.F.A. in Directing Asian Theater from the University of Hawaii.