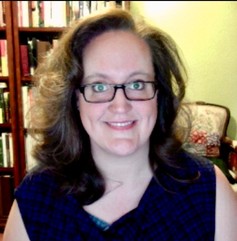 CP Board Vice President & Treasurer
Ally Haynes-Hamblen is the Executive Director of the Charles W. Eisemann Center for Performing Arts and Corporate Presentations, a city of Richardson, Texas facility. In her role at the Eisemann, Haynes-Hamblen is responsible for overseeing the programming, long-term visioning, and strategic direction for the arts center, as it celebrates 20 years of excellence and prepares for the next 20. Previously, Haynes-Hamblen was the Director of the City of Las Vegas’ Office of Cultural Affairs, overseeing the city’s performing, visual and public art programs and facilities, special event and festival programming and permitting, and the city’s Percent for the Arts fund through the Las Vegas Arts Commission. Prior to serving in Las Vegas, she was the Director of Scottsdale Center for the Performing Arts (SCPA), overseeing all aspects of programming, production, marketing, operations, and finance. She joined the SCPA in 2004 to run Theater 4301, a 326-seat off-site performance space operated by the SCPA in downtown Scottsdale, establishing an arts and entertainment district for the city of Scottsdale.  Prior to joining Scottsdale Center for the Performing Arts, Haynes-Hamblen was general manager and associate producer for NY-based Entertainment Events, Inc., a national touring and off-Broadway theatrical production company, where she oversaw the productions and national tours of Late Nite Catechism, Tony N Tina’s Wedding, The Male Intellect: An Oxymoron and the first national tour of Menopause The Musical.

Originally from Denver, Colo., Haynes-Hamblen earned her M.B.A. from Regis University and B.A. in theater and mass communication from University of Denver. Haynes-Hamblen is a member of the 2nd cohort of the Association of Performing Arts Professionals’ Leadership Fellows Program (2016-2018), completed the 2015 International Festival Encounters course with the Royal Conservatoire of Scotland, the 2013 California Presenters Mentorship Program, and the 2012 Emerging Leadership Institute of the Association of Performing Arts Professionals. Ms. Haynes-Hamblen is a proud member of the 2020 class of Leadership Las Vegas.

Ms. Haynes-Hamblen has served as a member of the United States Urban Arts Federation, a cohort of local arts agency leaders from the 60 largest cities across the U.S. and currently serves on the board of California Presenters as the Treasurer/Vice President and represents a variety of western-US presenters in the National Performing Arts Presenters Consortium and is a member of the Year-Round Programming Committee for the Association of Performing Arts Professionals. Haynes-Hamblen previously served as a co-chair of the Association of Performing Arts Professionals Conference Committee, a member of the Expedia Corporate Travel Advisory Board, and as treasurer of VSA Arizona, The State’s Organization on Arts and Disability, and the Las Vegas Committee of the Nevada Museum of Art.

In 2013, Haynes-Hamblen received the Mentoring Award from the Western Arts Alliance, and in 2015 received the Chandler Center for the Arts' Katrina Pappas Award. In 2016, Haynes-Hamblen was honored by the Phoenix New Times as one of “100 Creatives You Need To Know in Metro Phoenix.”