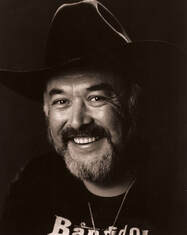 Board Member
Phil Esparza has over 50 years experience in the performing arts as an actor, technical director, media production specialist and producer.  He is a founding member of El Teatro Campesino and has worked closely with director/ playwright/ filmmaker, Luis Valdez during this entire time.

Phil has extensive experience in tour production, technical design and tour coordination, having coordinated and managed world-wide, national and regional tours of live, video and film productions including Zoot Suit (play & movie), La Bamba (the film), La Pastorela (play & film) and The Cisco Kid (TNT Film).  He has produced work at the Japan American Theater in Los Angles, the Marines Memorial Theater in San Francisco, the Mark Taper Forum in Los Angeles, The Winter Garden Theater in New York and the Old Globe Theater in San Diego and numerous other small and community based theaters.  Phil has extensive experience in the development and implementation of successful Latino audience development strategies and has served as an audience development consultant to a number of theater organizations.

Phil is currently serving as the Operations Manager of California State University Monterey Bay World Theater.  He serves on the Board of Directors of El Teatro Campesino and has served as a board member of the Western Alliance of Arts Administrators, the California Association of Local Arts Agencies, the California Theater Council and the Pacific Peoples Theater Festival.  Mr. Esparza has served on various grant making panels for local, state, national and international theater and film grant making agencies and foundations.  He currently serves as Board President of the Digital Media Foundation of Salinas, California and the STAR Foundation of Gilroy, CA.